Sneaky. That’s what I call dependence on these three habits: coffee all morning, diet soda all day, and wine all night. Overindulgence in any of these drinks can creep up so subtly that we don’t even realize it until we’re in deep—or worse, someone points out this kind of unhealthy or even dangerous pattern to us. Ouch.

While it’s not likely that you’re experiencing a dependence on all three, developing a habit of indulging in caffeine, artificial sweeteners, or alcohol more frequently than recommended by health professionals is quite common. The use of these beverages has become so ingrained in our daily lives that keeping track of them is difficult—and their use is so common among so many people that we think of them as “normal” rather than addictive. But in fact, the thought of eliminating them altogether might seem daunting. You might even be thinking, “I can’t picture my day without (fill in the blank).”

Does that ring true for you?

Let’s take a closer look at these “everyday addictions” from the viewpoint of three of my clients. I think you’ll find it inspiring, for in each case, the individual took action and learned to beat the hold dependence had claimed by replacing overindulgence with new, healthier alternatives. 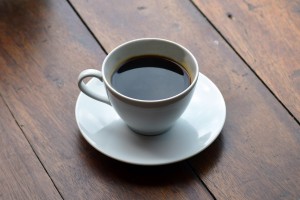 Never a morning person, John had a hard time going to sleep at night. Insomnia was a real problem since John needed to be in his car extra early to beat the morning traffic. His routine looked something like this: With a travel coffee mug at his side and the morning news on the radio instead of a breakfast companion—or, in fact, any breakfast at all—John made his commute. He arrived to his desk with another coffee he’d purchased from the stand downstairs. By 11 a.m., he would begin to feel he needed “something” and grab another coffee from the machine. The brew left him focused and alert but also nervous and irritable. After lunch, he continued drinking coffee sporadically throughout the afternoon to stay alert.

John realized he needed a change when he noticed his co-workers were hesitant to speak with him openly about some controversial topics. They’d learned to fear his snappy, unfriendly response—a direct side effect of too much caffeine, too little sleep, and too little real nutrition.

How he got back in control

John faced the facts: Coffee in moderation (a cup or two) might help him to feel awake and energetic in the morning, but it couldn’t substitute for breakfast early on or water intake all day.

If John’s story isn’t enough to convince you, consider this. Drunk too late in the afternoon, coffee can, indeed, lead to insomnia—but the effects of caffeine over the long term are far worse than a few sleepless nights: Caffeine increases your risks for prolonged stress, stroke, and diabetes.

You can switch to decaf or tea, which has less caffeine. You may opt to stop caffeine altogether, but do it slowly so as to avoid physical repercussions, like headache. You’ll feel more calm in a short time—promise!

“When are these pounds going to come off?” Danielle asked.

Always on a diet and eager to see the number on the scale move downward, she was watching her intake of calories and sugar as instructed by numerous books and online programs. The one substance that she always included in her meal plan, though, was a diet soda—4 per day, in fact. Danielle quenched her thirst with calorie-free soda beginning at mid-morning, and she continued to sip throughout the day. She loved its sweet, fizzy taste and was confident the diet soda was something she could look forward to enjoying without consequence to her waistline.

What Danielle didn’t realize is that diet sodas, which are often sweetened with aspartame, are habit forming. Caffeinated type diet sodas, like colas, create even more dependence. For many people, diet soda is a sort of sweet coffee infusion of energy and bubbles—and it actually encourages weight gain. This fizzy, refreshing drink with its artificial sweetener is 200 times sweeter than table sugar. Though it isn’t sugar, that sweetness leads to a blood sugar response that backfires. Ironically, artificial sweetener use can cause one to eat more because of the perceived calories saved.

How she got back in control

Taking that simple step of eliminating diet soda is precisely how Danielle finally began to see results in her weight loss efforts. She learned to substitute drinks that are truly hydrating—water, herbal teas, or this simple, bubbly alternative are always great choices!—and soon, other smart nutrition choices began to follow. 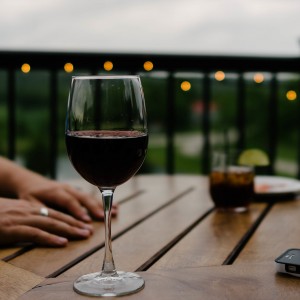 A driven, high-achieving financial planner, Samantha became overwhelmed by her busy, stressful days filled with assistants to manage, clients to satisfy in an unstable stock market, and presentations to deliver to professional groups. When she finally made it home in the evening, her husband and children were waiting with eager anticipation for attention, dinner, and together time.

That’s when the wind-down from work process began for her—a glass of wine in the kitchen, followed by another with dinner, and then another or two with her husband while they talked or watched television. A clear pattern emerged: Wine became her go-to way to relax, to turn off leftover work stress and settle down to a peaceful evening at home.

How she got back in control

Alcoholic drinks can be enjoyable with meals or in social situations, but all too often, alcohol becomes a convenient way to escape from stressful or emotionally charged situations. One glass (the maximum suggested daily amount for women, two for men) can lead to two or more on a regular basis—in short, it becomes an addiction.

The first step is awareness. Track your drinking without being in denial about your habit. The obvious prevention of liver damage and other alcohol-related dangers is to cut down. To start, eliminate it altogether several days a week. Find other peaceful, relaxing alternatives. If slowing down doesn’t seem feasible, the dependence may be more serious. I strongly recommend getting help from a professional in such a case.

That begs a question: Should you, personally, simply cut down use of these drinks, or is it better to avoid them altogether? Every individual’s situation is different, so I have no clear-cut, one-size-fits-all answer. But regardless of your choice, being armed with sound information and alternatives is a helpful start on your path toward moderating and getting back in control.

As you know, long-standing habits aren’t easy to break, especially at first. Just considering new habits and instituting new rituals is an excellent beginning. Please give me a call at 212-686-0939. I’m here to support you in your journey toward a happier, healthier, more vibrant and fulfilling life.