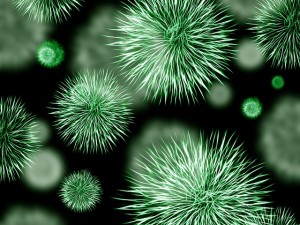 We hear a lot of advertisements these days for foods or supplements that contain “probiotics” or “live cultures.” These are germs—but the good kind! Many microbes naturally live in the human digestive tract. They help our bodies process the food we take in. When these microorganism populations begin to decline, we experience symptoms such as gas, bloating, or other intestinal distress—but reintroduce these beneficial bacteria, and the discomfort disappears.

Those digestive microbes are fairly well-known. Yet in reality, they are just one group of bacteria that normally resides in the human body. We are, in fact, host to a vast microbiome, an entire ecosystem of microorganisms that work together in symbiosis with our own body functions.

Microbial colonies exist in and contribute to the workings of nearly every part of the human body. We’ve only just begun to understand the many ways your biome affects your health.

For example, we’ve known for decades that vitamin C is an important component in human nutrition. But more recent research has revealed that without a key bacterium, our bodies would be unable to process that essential vitamin. We literally depend on these bacteria to keep us healthy.

Your biome also is responsible for removing poisonous substances from your system. For instance, we are home to a strain of bacteria that can break down the contaminant bisphenol A (that’s BPA, the plastic additive that’s been in the news in recent years). Scientists have discovered another microbe that causes the human body to excrete heavy metals—lead and mercury are sadly common environmental toxins—rather than storing them, where they would cause problems.

Microorganisms even have the ability to influence our metabolism. Some people who have a hard time dropping excess weight around their midsections despite smart eating and active lives are actually suffering from an imbalance in the gut flora that help the body regulate fat storage.

Research on the human microbiome is still in its early stages, but we know one thing already: You can take steps to protect and support your body’s beneficial microbes.

Eating certain foods can help to reintroduce beneficial microbes to a system that doesn’t have them. Other foods may help boost existing microbial populations by offering the compounds they need to thrive. Here are a few food ideas to try:

Dial down stress.
Many authorities refer to the enteric system—basically, your gut—as the “second brain.” That’s because emotion is so closely tied to how this system works, and vice versa. Cortisol, the hormone that’s released during stressful moments, can damage the microbes that line the inside of the gut. Once that defense is weak, material can escape from the digestive tract—a condition called “leaky gut”—and end up elsewhere in the body, where it presents challenges to the entire immune system. 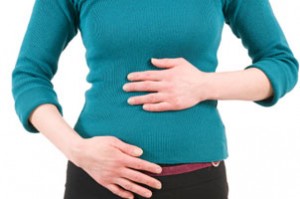 Have you shown signs of leaky gut, such as mysterious body aches, gas, bloating, fatigue, moodiness, frequent illness, or food sensitivities? One of the best things you can do to heal your system and support your recovering microbiome is to consciously choose activities, habits, and even people that calm you. That’s the healthy opposite of the cortisol/stress reaction.

Question the use of antibiotics.

Western medicine’s old default pattern of overusing antibiotics has given rise to “superbugs” such as MRSA that are resistant to treatment.

But that doesn’t mean antibiotics are harmless to other microbes. Any course of antibiotics will wipe out large numbers of your biome’s residents, both bad and good. Patients who are told to take an antibiotic, or who insist their doctors give them antibiotics for a cold or other minor, nonbacterial condition, are at great risk for killing off their bodies’ beneficial flora.

On a related note, avoid antibacterial gels and soaps. Not only do they target good microbes as well as bad ones, they’re also drying and irritating to the skin. (Who needs that?)

We’re sure to learn more about the amazing capabilities of the microbiome in the years to come, but that’s no reason not to get on board now with good habits that support healthy, diverse internal flora. You have nothing to lose—except of course those aches and pains, digestive discomfort, fatigue, “belly fat,” bloating….

!
!
Yes! I Want It
Something went wrong. Please check your entries and try again.