That’s a direct quote, actually, from one of my wellness coaching clients, Sandy, several week ago.

The early months of this year had been particularly stressful for Sandy. Passionate in her opinions, she found herself increasingly frustrated by tidbits surfacing in the news. Even when she wasn’t reading articles or watching TV reports, Sandy found herself turning over and over the latest morsels of information, rumor, or speculation related to the American government and those running it.

Sandy’s evening news ritual had become a rabbit-hole of sitting and reading or watching story after story, each news segment leaving her more troubled than the last. Sandy found herself more and more often parked in front of the screen with a bag full of takeout. Or chips. Or cookies. Or wine.

You see where I’m going with this.

When Sandy came to me in desperation, “Trump made me fat!” just sort of summed up her emotional ties to the situation: She had fallen into poor food and activity practices due to her emotional reaction to what she saw on TV.

Unfortunately, Sandy’s story, or something like it, is familiar to many. It can apply to anyone—regardless of where you fall on the political spectrum. Are you, too, a victim of sneaky habits that disguise themselves as “Trump made me fat” type of excuses?

Solution for Sandy: The “no TV during meals” rule

Sandy is a diehard follower of government and politics. I came to understand that a few stressful months—or even those extra pounds that had crept on—could never turn off her interest in the subject. So instead of her denying herself the cable news and TV debates and addresses she truly enjoyed, she and I discussed how she might extricate her personal wellness from the mix.

I thought of a way for her to accomplish this that just might work, and she was eager to try: Make mealtimes TV-free. Eating away from the on-screen distractions, Sandy was surprised to report how much more she actually enjoyed her food now, especially her evening meal. Plus, separating food from the news meant she was no longer stress-eating when a debate went in a direction she didn’t like.

One of the first things Jean discovered on her new weight-loss journey was that she tended to eat food without really knowing what she ate. At the same time, Jean had years of yo-yo dieting behind her, which made her a bit nervous about the whole idea of food.

After we carefully talked through the topic and I offered some ideas that had worked with others, Jean began making a point of slowing down, concentrating on the flavors, aromas, and textures of each bite. As she developed a fuller appreciation for what she ate, Jean began to rediscover joy where tension had dominated previously.

Gradually, mindfulness brought Jean back to a place of calm. Not only is she now finally shedding the extra pounds, but she reports that experiencing and embracing each moment in real time, as it happens, has started to lend an increased peace to other areas of her life, too. 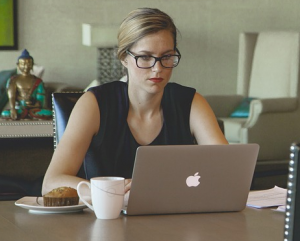 Brenda, too, was a self-proclaimed “news junkie.” She followed one breaking news, investigative report and debate panel program after another. And like Sandy, Brenda suddenly noticed that her body was suffering the consequences. Weight gain and the resurfacing of a painful long-ago back injury were the sad result of far too much time spent sitting still in front of a screen.

Brenda’s discomfort put a quick end to those long stretches of inactivity. After she and I talked, she realized the only way to get back in condition was to become active again. Our solution for her was that instead of a couch, she could position her treadmill in front of the TV. Suddenly, returning to an exercise routine came with the exact reward she wanted most.

Steve also had a habit of munching while he sat, but in his case, he consumed chips and crackers while working at his computer. The pattern was a long-standing one that he’d tried many times to break. With my enthusiastic support, Steve worked to pay more attention to good food, but he was still surprised to find himself with one hand in an empty snack bag far too often.

Finally, Steve had had enough. Because he was a telecommuter, as I pointed out, anything in his home could affect him during work hours, too—including food. He purged all the junk food from his house that afternoon and hasn’t looked back since. More importantly, he also hasn’t caught himself snacking thoughtlessly again. 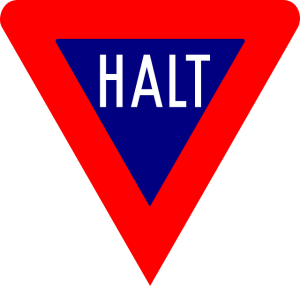 Christie, too, clocked a lot of working hours sitting at a computer. She loved her job, but it was not without its stresses and challenges. And early in her career, she discovered that she was an emotional eater.

When Christie came to me, she was frustrated—but she was even more determined to find a solution. A simple self-assessment technique, “HALT,” was all it took to set her on the right path. Now, when Christie feels the impulse to eat, she thinks through four common triggers for that impulse: She may be (1) Hungry, (2) Angry, (3) Lonely, or (4) Tired.

Christie soon found that usually that sudden “eat now” urge had nothing to do with a need for fuel—and she’s learning to address her true feelings, too, because you can’t fix anger, loneliness, or fatigue with food.

Yes, it’s true that too much sitting and poor food habits can add up to wellness problems—but notice that these very similar problems can be addressed with a broad variety of strategies. That’s the beauty of holistic treatment: We holistic healers don’t use a one-size-fits-all treatment plan but tailor our suggestions to the individual.

So, what are YOUR wellness goals—less sitting, more mindful living, more healthful eating, or otherwise? Do your current habits and strategies fit your personal needs and preferences and truly work for you? You deserve nothing less!